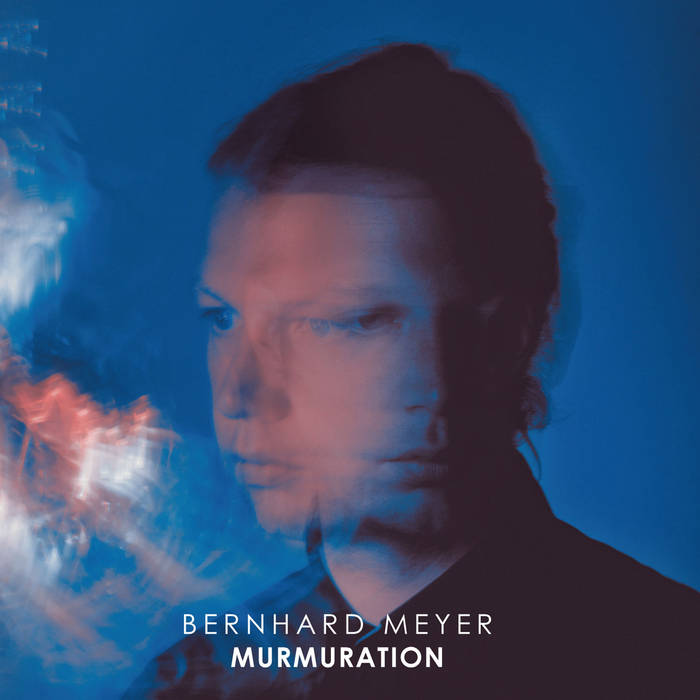 “I have had this formation in mind for some time now,” Bernhard Meyer says about his quintet, which unites an unusual combination of instruments and charismatic musicians. “The specific sound came together over time in my imagination,” Meyer continues, “inspired by collaboration with these musicians individually, in smaller formations.” Of course the ingenious unity with his brother Peter is present again, well known through three highly acclaimed albums and countless concerts of the Melt Trio. Moreover, Bernhard Meyer’s particular, melodiously rich playing of his semi-acoustic bass has impressed listeners in co-operations with Norway’s live-remixer and electronica-grandmaster Jan Bang (with the Melt Trio), John Hollenbeck, Jim Black, Kurt Rosenwinkel, Nasheet Waits, Eric Schaefer and many more. Besides the Melt Trio, the Meyer brothers have been exploring similarities with another outstanding drummer of the German scene for a while now, namely Andi Haberl. The Bavarian Berliner-by-choice made a name for himself with distinctive appearances with the Andromeda Mega Express Orchestra and has been fascinating audiences with Europe’s most progressive indie-rock band The Notwist for years. In addition, Bernhard Meyer played several concerts in a chamber musical jazz trio with the clarinet virtuoso and electronic tinkerer Claudio Puntin and Julius Heise, who shone as a fine jazz vibraphonist, with the Brand Brauer Frick Ensemble among others. Some time ago Bernhard Meyer united the different personalities into a new quintet. On Murmuration the stylists now reach tremendous depth and wonderful richness of detail. At times their playing is extremely filigree, like a ballerina they perform surprising twists on tiptoes. At the same time there is a force inherent in their interaction, which blazes the way dynamically and can boost and intensify contrasts. The expression spans from acoustic nuances all the way to contemporary electronica vignettes and futuristic facets. Bernhard Meyer’s individual bass playing goes far beyond just setting the basis and carries melodies and rhythms. On top of that, the internal allocation of responsibilities shifts. Sometimes Peter Meyer and Julius Heise create harmonic chords and transparent sound layers, then the guitarist changes to join Claudio Puntin, to merge melodies and electronic sounds. Just a little later the Meyer brothers and Andi Haberl act as a rhythm section, trenchantly pressing the groove forward. Bernhard Meyer’s compositions and arrangements unroll a wide panorama. It is so rich in variety that you always want to keep going, curious to find out what happens beyond the next bend. Melodies and themes flash up, fade again into the background and come back unexpectedly from a different direction. Every piece has its own character. “Plain Air” is reminiscent of Steve Reich’s pathbreaking minimalism, “Unchild” conveys almost sacral atmosphere, “Wooden” captivates with its open and in a broader sense free approach. At times one deems to perceive distant allusions to John Hollenbeck’s Claudia Quintet, Bill Frisell, colorfully shimmering arrangements of Sufjan Stevens or Kurt Rosenwinkel’s Heartcore. A scale by Olivier Messiaen provides the basis for a three-part unison in “Corus”. New perspectives surprise again and again, even within certain tracks Meyer skillfully plays with alleged contrasts. Like in “Growl”, where weightless, warm sounding vibraphone and cool monolithic synthesizers encounter each other get along remarkably well. In “Plain Air” the Classical minimalism makes way after a while for a passage, in which the spirit of Charles Mingus comes alive; then towards the end the piece comes closer to the indie progressive rockers Grizzly Bear. Throughout the album, grooves interchange with odd meters and freely devised rhythms. Some ingenuity might remain concealed to the listener, which doesn’t disrupt the enjoyment though, nor does it bother Bernhard Meyer. He sees the conceptual deliberations for his pieces primarily as a toolbox for producing new ideas. As an example for details with deeper background, he mentions his bass improvisation on “Aphir”, which isn’t performed as a traditional solo, but is abstracted in a live-remix by Peter Meyer and Claudio Puntin. Bernhard Meyer has meticulously polished many aspects of his compositions. As head of the quintet, most impulses and ideas do indeed come from him - at the same it is important to him, that his partners have room to bring in their personal talents. Thus drummer Andi Haberl and the Classically trained and New Music versed Julius Heise can also exhibit their sense for orchestration. A master of this discipline is Claudio Puntin, when he’s not playing as a soloist. Born 1965 in the Central Swiss town Zug, the multiply award-winning clarinetist wrote music, besides for his own productions, also for film, theatre, audio dramas, and exhibitions. His list of collaboration partners is long and stretches from Steve Reich, Carla Bley, Fred Frith, Hermeto Pascoal and Sidsel Endresen to the Ensemble Modern and the Philharmonic Orchestras of Cologne, Munich and Zurich. Most recently Puntin worked in the Trio Ambiq with producers and DJs Max Loderbauer and Ricardo Villalobos, to create bridges between free improvisation and electronic music. Clever and smart ideas run through Murmuration like a golden thread and the intuitive playing attitude of the band makes the album lively. A dazzling band sound is the motivation and objective for Bernhard Meyer. Innovation and form are the important parameters thereby. The album title references the spectacular flights of starlings, where the complex interconnectedness and densification fascinates all people and still poses riddles to science. “I’ve had the pictures of these swarms in mind for quite some time, as a synonym for a band that can fluently and unpredictably vary delicate structures and textures,” Bernhard Meyer says. His band may not reach the volume of a swarm in numbers, but their diversity of sound surpasses the expectations a quintet usually generates. Meyer’s Murmuration mesmerizes the listener just like the swarms of starlings its observers.